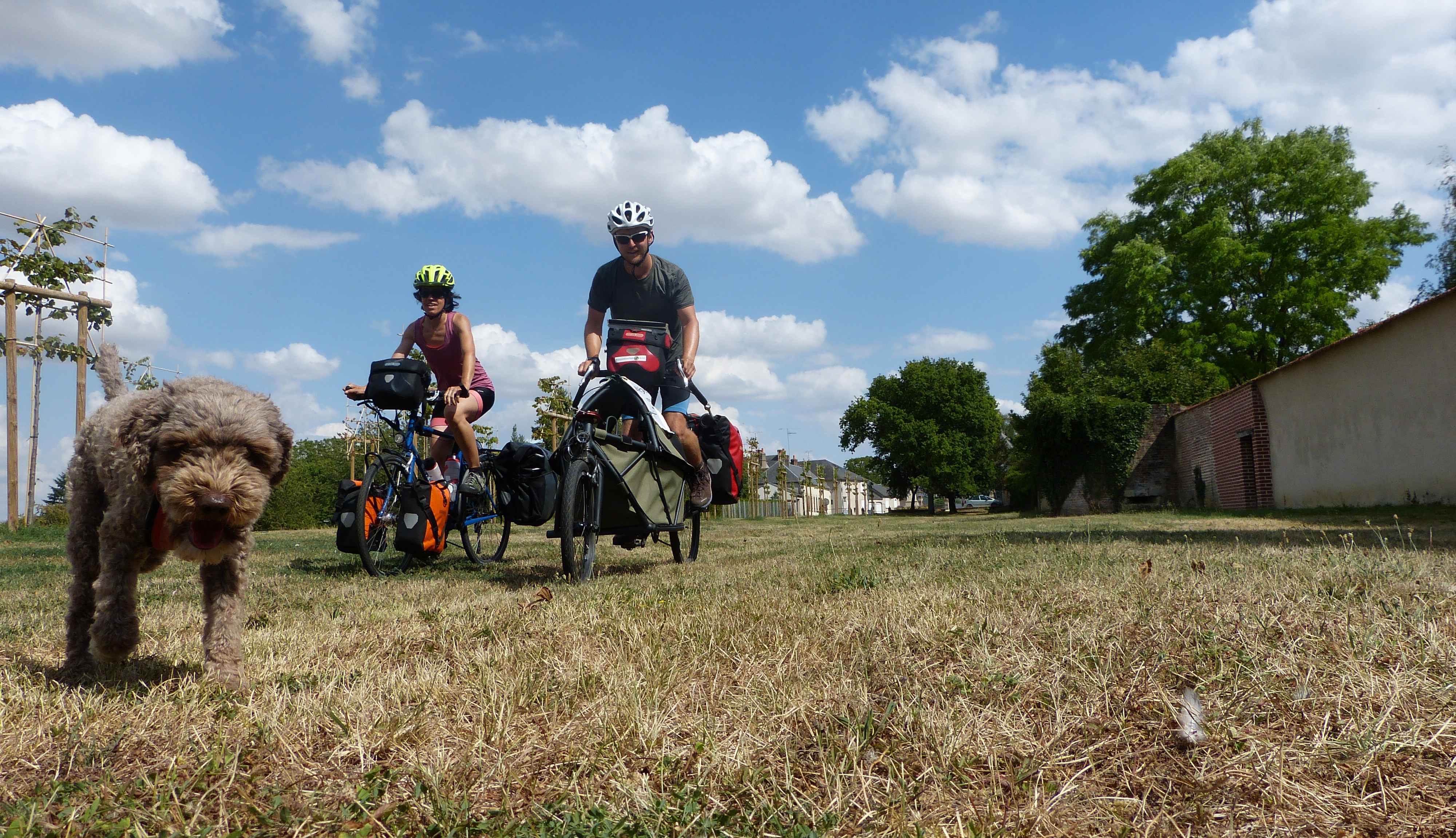 Cycling the down tube

After having cycled 553 km we finally reached the starting point of our bicycle-shaped route, namely the little known village of Vy-lès-Lure, in the Franche-Comté region. One may wonder why we didn’t choose a more acclaimed place to start our challenge in some glory, and indeed one should wonder…
When I initially drew the bicycle route on Google maps, I intended to set both our departure and arrival in Zurich, at the bottom of the rear wheel. It was only after consulting the Euler theorem, to try and minimise the number of bicycle sections that we would need to cover twice, that I realised it made more sense to start and end the journey at two nodal points, the crank and the top of the seat tube, respectively. This is how we ended up starting in the random village of Vy-lès-Lure and finishing (hopefully) in the equally unknown village of Compogne - basically all by chance (or poor organisation)!

But let me tell you a bit about my first impressions of France. Not that I had never been to France, of course… I must have visited Paris alone at least 15 times, had some holidays on the French Riviera, cycled briefly from Calais to Paris and across the Alps region. Not to mention all the short trips, also for work and related conferences, that I took in various cities here and there. Yet I have never had a strong opinion about France - indeed I have been quite indifferent to it, perhaps due to its close proximity to Italy which made it a less appealing country to me than further and more exotic places.
I have an opinion now, however: France is wonderful! Or at least it has been so whilst cycling along the down tube, crossing the regions of Franche-Comté, Bourgogne, Champagne and Île-de-France. The first thing that stands out, and which I had never realised before, is how sparsely populated France is, compared to other western European countries. Most of the days we found ourselves cycling on rolling hills through vast vegetable crops - many of sunflowers and onions - while hopping from one picturesque village to another.

The villages themselves often consisted in nothing more than a bundle of stone cottages with colorful shutters (sometimes matching the color of the surrounding flowers), a few equally charming barns with beautiful wooden portals, a town hall and a little church - respectively located in “rue de la mairie” and “rue de l’eglise”. Not even the ubiquitous boulangerie would spoil the sleeping beauty of some of these hamlets, where life literally seems to have come to an halt.

The bucolic tranquility of the places we passed was only broken for a couple of days when, completely by chance once more, we found ourselves along the Champagne route during the “Champagne en fête” week-end. Thankfully Champagne is not amongst our favourite drinks, otherwise we would have surely ended up drawing lots of drunken wiggles around our “straight” down tube route. The amount of cars from all over Europe, queuing up to visit the various cellars, was just crazy, especially near the little town of Bar-sur-Seine. We felt smug overtaking them one by one in our bikes! Daniel enjoyed particularly the frequent hierarchical sculptures we met along the way, typically huge outlines of Champagne bottles made of Champagne bottles (hopefully empty), or 3D shapes of giant corks made of… little corks! After years spent working on fractal and hierarchical structures, he could not help but love this stuff! (sad bastard)
Our fascination with France did not end with its beautiful rural landscape… we were also very impressed with the French people! For once, I had never realised how respectful French drivers are: when most Italian drivers (and some British ones) would deem the road safe enough to overtake cyclists fast, leaving little space, and scaring the crap out of them, the French drivers just sit behind, relaxed, waiting politely for a proper timing to overtake. In no other country I had ever experienced this. In comparison, the Italian city of Turin, where we lived for a bit, is simply hell!
And shall we talk about the French hospitality? Again, we were impressed! On several occasions we got invited inside people houses for a coffee and a chat (thanks Google translate!)… When posing for the picture below, the owners of the house - an extremely welcoming French-Iranian couple - offered us ice-cream, while Zola got treated to cat food and belly scratches.